In these blog series we're going to go through the hidden (or not so) gems around the forest of Fontainebleau. These are not usually hard, they are problems which catch my eye when I walk around in the woods.

I happen to see a lot of the forest from the angles many people don't and just now a friend of mine said "I've never heard of that sector, is it far?". And the answer is that it's as close from the parking as 95.2 but to the other direction :D What's this mystery sector and what gems it has to offer...

The sector is called Justice de Chambergeot. The walk in is about 1km (reads out loud: 10 minutes of walking).

This boulder is called Incognito and it offers problems varying from 6B+ to 7A (and one orange 3). Here's me climbing Incognito (droite assis) and the picture is by Mikael Uponen @weak_fingers 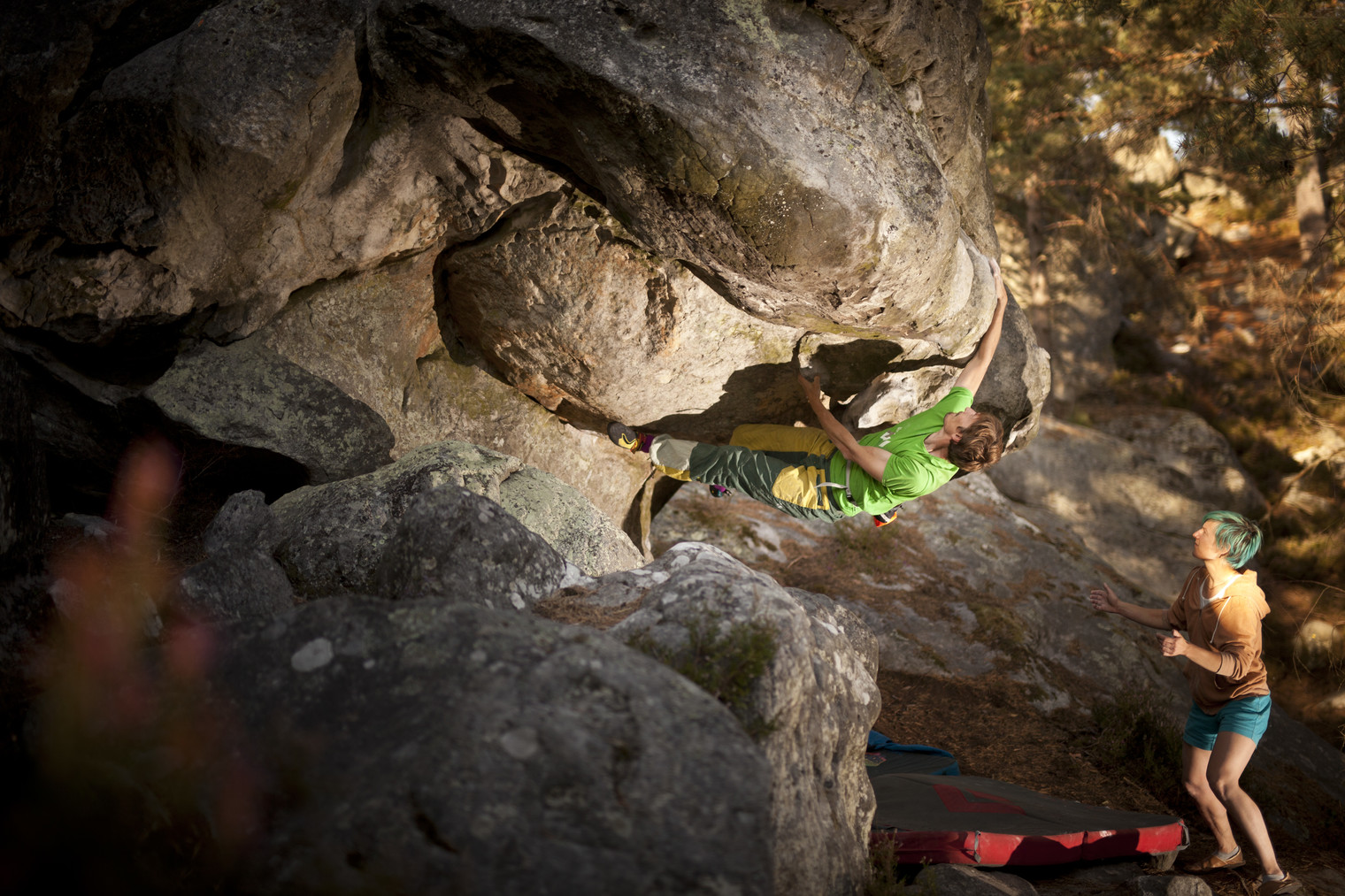 As per usual, the topo can be found from 27Crags. There are about 140 problems in the crag and two circuits - yellow and orange. The two circuits go hand in hand and I have to say that some of the orange problems are a little on the higher side (for example 13 and 14). That being said, the circuits look good.

In addition to those, there are some very interesting looking and good lines, like:

Here's a video of Mikael climbing the EOS with some funky feet-first beta. It looks easy, but it's probably going to take a couple of tries to get the moves dialed.

This is also a nice sector when Easter or weekends in the high season kicks in. When the other areas seem to be overcrowded, this area remains pretty quiet.

There's also a lot of pretty spread out areas with only a handful of boulders on them. These are Chateauveau and Roche au Four. I could mention problems like Misfits, L'Huitre Perliere and La Nuit.

For example Misfits can be usually a little painful to find, but 27Crags makes it a breeze. The approach is only 700 meters when done with the right path =)